Use this online guide to find selected documents, monographs, archival materials, and electronic resources useful for tracing provenance:  the ownership and movement of art objects over time.  Particular emphasis is placed on the World War II era. 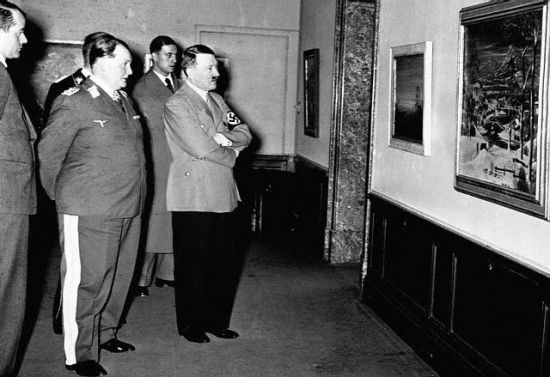 "Provenance"  (from the French provenir, "to come from") refers to the chronology of an object's ownership, custody, or location, traced from the artist's studio to the present day: who commissioned it, who has owned it, where and when and how has it changed hands.  In some cases, provenance may be used to confirm the time period and even the artist of a work.

The goal of provenance work is therefore to document every owner of the work and, if applicable, any custody or location of the work when it was not in the hands of an owner.

In recent years provenance has taken on a new significance, particularly in the museum setting.  Since the wholescale looting of objects during World War II, by force and by coersion, it is possible that modern owners of objects may not own them legitimately.

In order to aid in the identification and discovery of unlawfully appropriated objects that may be in the custody of museums, the Presidential Advisory Commission on Holocaust Assets in the United States (PCHA), the Association of Art Museum Directors (AAMD), and the American Alliance of Museums have agreed that museums should strive to: