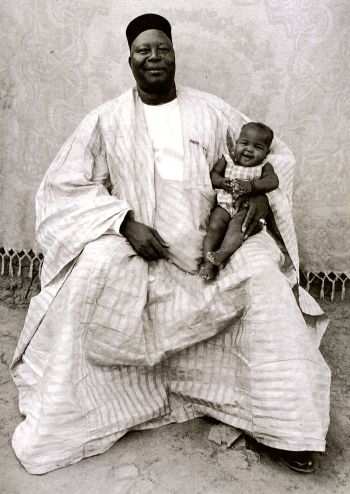 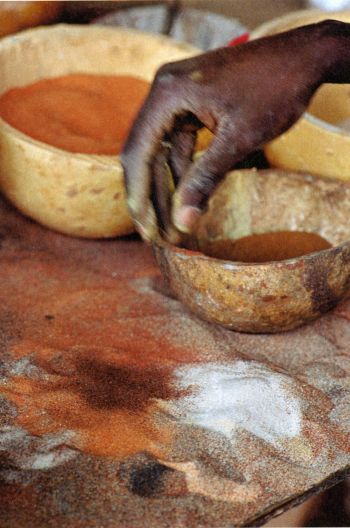 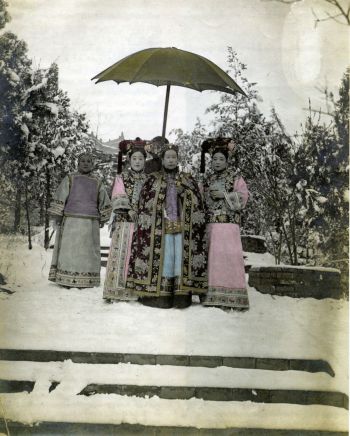 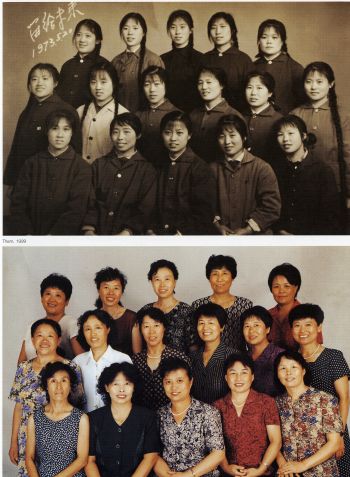 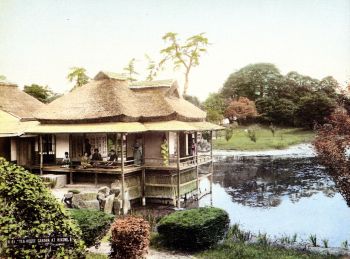 Photographer unknown.  "Tea House and Garden, Hikone, Shiga Prefecture," no date.  In:  Souvenirs from Japan:  Japanese Photography at the Turn of the Century, by Margarita Winkel, plate 24.  London:  Bamboo Publishing, 1991. 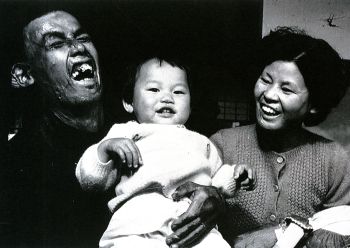 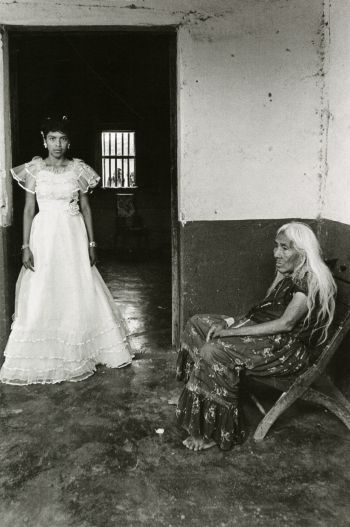 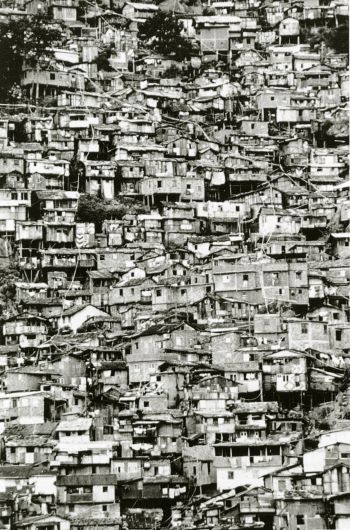 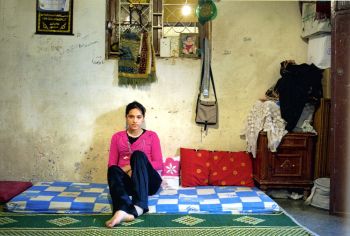 Rania Matar.  "Miriam, Bourj al Shamali Palestinian Refugee Camp, Tyre, Lebanon," from the series "A Girl and Her Room," 2009.  In:  She Who Tells a Story:  Women Photographers from Iran and the Arab World, by Kristen Gresh, plate 29.  Boston: MFA Publications, 2013. 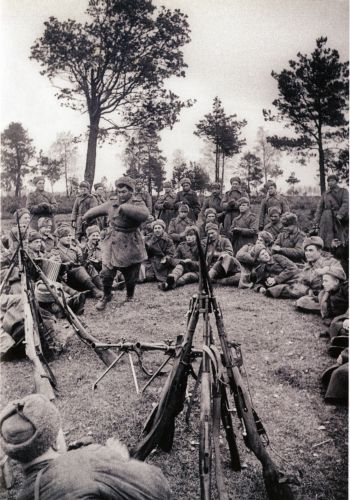 [Uncredited.]  "Soldier doing an impromptu folk dance on the Byelorussion front," 1944. (Collection of the ITAR-TASS Photo Agency.) In:  The Soviet Image: A Hundred Years of Photographs from Inside the TASS Archives, by Peter and Sam Redetsky, p. 139.  San Francisco: Chronicle Books, 2007. 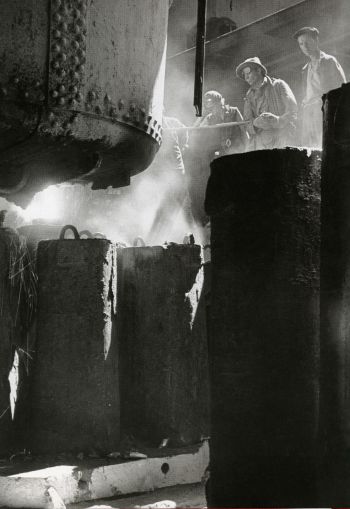 Investigates the many themes that intertwine photographs with the circumstances of their production and presents a wealth of rare images.  Stresses the importance of pre- and post-colonial photographers and investigates how the medium has influenced other art forms such as painting, sculpture, textiles, and public performance.

Exhibition organized by the International Center for Photography to “illuminate the enormous social and cultural shifts now taking place across the African continent” and provide an alternative to “the current of ‘Afro-pessimism’ that runs through much of the global media reporting about the continent.” Includes scholarly essays and bibliography.

Exhibition at the Guggenheim presents photographs “created and disseminated by African artists engaged with issues of subjectivity - such as identity, self-determination, and difference - during a period that witnessed the nadir of colonialism and the formation of many independent African nations.”  Includes artist biographies.

The most comprehensive collection of sub-Saharan photography ever to be exhibited in Africa, the exhibition offered a cross-section of work spanning the years 1840 to 1998, ranging from the regal portraits of Senegalese master photographers Mama Casset and Meissa Gaye to the experimental work of South Africa's Julia Tiffin.

Explores the landscapes of Southern Africa with photography and video from artists including David Goldblatt, Santu Mofokeng, Jo Ractliffe, Penny Siopis, and Guy Tillim; examines the effects of war, migration, colonization, industrialisation and ideology on South Africa, Namibia, Angola, and Mozambique and in doing so reveals the varied histories of these regions and their peoples.

———.  Contemporary African photography from the Walther Collection: Events of the Self: Portraiture and Social Identity.  Edited by Okwui Enwezor.  Göttingen: Steidl, c2010.

Photographs and several brief but cogent essays show how Chinese and Western photographers documented imperial China in its final years, as the camera became "the increasingly omnipresent witness to the Opening to the West and to the inevitable demise of imperial rule." Includes work by unknown and obscure photographers as well as famous photographers such as Felice Beato and M. Rossier. Includes an index of commercial and amateur photographers of China, 1846-1912, a list of the collections from which the photographs were drawn, and a bibliography.

First volume of an important 3-volume set overcomes the obstacles to researching early Chinese photography (the sheer vastness of the subject in a vast country, the limited number of extant photographs not in private or institutional collections outside China, and the dearth of written contemporary sources) to document, mostly in a chronological arrangement, the first images, the first studios, commercial images, amateurs, photographers during the Opium Wars, images of war, and studios in Hong Kong.  Includes a chronology of Chinese photography to 1860, an index of Chinese photographers 1842-1860, early stereoviews of China, and a bibliography.

Concentrates on the Western photographers, professional and amateur, who photographed in China during the 1860s and 1870s.  Includes sections on Hong Kong studios, photography in Peking and in the treaty ports, roving photographers, and photographic periodicals; also includes an extensive bibliography and chronologies.

Exhibition of 150+ works of 44 artists from China, Hong Kong, and Taiwan.  Includes a chronology of contemporary Chinese art (1976-2003) and artist biographies.

Collection of works selected to provide insight into the changes taking place in Chinese society, as well as an understanding of the recent trajectory of photography as a digital medium in China. Includes biographical sketches of the 60 photographers.

Photographs, taken by Chinese and Western photographers, document Chinese life at the end of the nineteenth century, depicting people, landscapes, cities and towns, buildings, workplaces, executions and punishment of criminals, and customs and activities of daily life.  Includes an essay on Westerners in China and a list of the sources of the photographs.

Scholarly work explores the introduction of photography to China, how the medium was understood in technological and cultural terms, and how it has been applied, beginning with daguerreotypes of the 1840s and concluding with present-day digital images.  Includes a glossary of Chinese names and terms and a select bibliography.

Exhibition presented at the Ansel Adams Center for Photography in San Francisco; the catalog includes an essay by Keneko Ryuichi and 79 images by 32 photographers.

Companion volume to Photography in Japan 1853-1912 includes selected articles (“old” and “new”); research data on such topics as deguerreotypes of Japan and Japanese subjects and early stereoview sets in Japan; a number list of souvenir albums; an index of Japan-related stereoview photographers and publishers, and photography studio advertisements.  Appendices include an index of commercial and amateur photographers in Japan 1853-1912, chronology of Japanese photo-history.

Written to provide collectors, photo-historians, and curators with a current picture of the state of Japanese photo-history research; to provide biographical details of early photographers; to argue the importance of identifying both the photographers and their motivations; and (in the Appendices) to provide important and practical research tools.  Most of the appendices are found in the companion volume: Old Japanese Photographs: Collectors’s Data Guide.  Includes extensive notes, a chronology, photographic copyright regulations in Japan (1887), an extensive bibliography, and an index of commercial and amateur photographers in Japan, 1853-1912.

Examines the development of photography in Japan through its relationship with Japan’s cultural, political, and social history. Includes references and a select bibliography.

Includes chapters on the dawning of photography in Japan, the period of enlightenment, records of war, art photography, the epoch of development, and advertising and propaganda.  Mostly photographs, very little text.

Exhibition co-organized by the Museum of Fine Arts, Houston and the Santa BArbara Museum of Art brings together the work of 40 photographers.

Includes brief essays on photography in Asia, in Japan, in China, in Korea, and in Southeast Asia.  Mostly plates, each accompanied by a brief statement from the photographer.  Includes artist biographies and a bibliography.

Sections on specific photographers and on the birth of an iconography, images of cities, studio photography, Cuzco, the Mexican revolution, and the gaze of women are illustrated by plates of photographs. Includes biographical summaries and a bibliography.

The exhibition catalog is divided into sections on territory, the city, informing/resisting, memory and identiry, and revuelta(s).  Includes a timeline called “a half century of Latin American histories,” biographical entries for the 72 photographers, and a bibliography.

Not intended to be a formal history of photography or a survey of photographers in Latin America; nevertheless this exhibition was comprehensive in its geographic coverage and in representing diversity of voice and genre.  It includes artist biographies and an extensive bibliography.

Important bibliography, indexed by author/title and by country and date.

Includes brief essays on the photography of Brazil, Venezuela, Argentina, Cuba, and Mexico.  Includes photographs from these countries as well from Guatemala, Panema, and Peru, organized by country. Pages 382-399 comprise brief biographies of the photographers.

The Near and Middle East

Survey of contemporary photographers whose approaches range from journalism to advertising, from staged narratives and montage to industrial photography and fine art practice, a selection of photographers “grappling with the state of a country where tradition and modernity face each other and must relate to the wider world today.”

Part I, the Photographic Image of the Near East, includes sections on such topics as historical background, western attitudes toward the East, orientalism and art, and the photographic image of the Orient.  Part II is an “A to Z” biographical dictionary of photographers working in the Near East.  Includes reference notes and bibliography.

Mostly images, but does include essays on pictorialism and realism in Soviet photography of the 1920s and 1930s. Includes, for each photographer, a chronology of important biographical events.

A textual history, with only a few photographs.  Includes a lengthy bibliography.

Mostly images, but does include an introductory essay, notes on many of the photographs, short biographies, and a bibliography.

Radetsky, Peter, and Telegrafnoe agentstvo SSSR. The Soviet Image: A Hundred Years of Photographs from inside the Tass Archives. San Francisco: Chronicle Books, 2007.

Focuses on "contemporary artistic positions in Central and Eastern Europe from the viewpoint of memory, identity, and history" following the end of the Cold War and the fall of the Iron Curtain. The 29 artists in the collection come from 18 countries in different zones: Balkans and former Yugoslavia, Baltic republics and Central European nations, countries in the past inside, or outside, the Soviet Bloc, and Turkey.

Presents photographers working “as the Soviet Union emerges from the shadows of its past,” as artists “are given a pivotal role in helping to heal the damaged national psuche and rouse independent thought...”  Includes essays that set the historical context and presents work from specific areas such as Minsk, Leningrad, and Moscow.