Finding information on early photographers involves working with a variety of sources, primary and secondary, available in a variety of different places.  David Haynes, in Photographers: A Sourcebook for Historical Research (listed below and featured at right) advises researchers that "you will save a lot of time and considerable work if you discuss your project with as many librarians as possible" (!) That said, the following tips and resources will also prove helpful in identifying and finding biographical information on photographers.

Directories and telephone books
A good beginning can be to comb through city or state directories, often held by state and major university libraries and in some cases available online.  City directories (called General Directory, Business Directory, Gazetteer, Railroad Guide, and other titles) were published from the mid-1800s to about 1900, when they were gradually replaced by local and regional telephone books.  In both cases, check the business listings as well as listings for individuals. Also useful are local and regional almanacs, mug books, and booster books, which can include advertisements, biographical sketches, and sometimes photographs.

To find these materials, search WorldCat for directories and phone books that have been cataloged, check the online catalogs of local libraries, and search the internet to find the websites for houses of local history and materials that have been digitized.

Newspapers
Newspapers are a rich source of information, in which you can find articles about local photographers, photographs that may be credited, business listings and advertising for photographers and photographic studios, and much more.  Check libraries and houses of local history for microfilmed or digitized copies of early newspapers.  In our own library, check the following databases:
Early American Newspapers Digital
Nineteenth Century Masterfile
ProQuest Historical Newspapers

Photography journals
The following journals are important sources of information on photographers as well as photography.  Click the Photography Journals tab to see Clark/Williams library holdings for these and for other journals as well.

Archival sources
Photographers'  and photography studios' papers and correspondence may be archived in local libraries, historical societies, museums, federal repositories, and other institutions.  The following tools can help you find these materials.  In most cases, materials must be used on-site; one major exception is the Archive of American Art, which makes most of its materials available via Interlibrary Loan on microfilm.

Census materials
Although they are only published every ten years, U.S. census schedules are particularly useful for finding people associated with particular professions, and entries contain a great deal of information about each person, including name, age, race, sex, birthplace, residential address, education, and immigration status for the foreign born.

Williams College Library is a repository for U.S. Government publications.  Consult with the reference librarians at Sawyer Library to learn how to access and use these resources.

A reasonably good introduction to census data, with links to useful sites and further information, can be found on Wikipedia.

Modern photographers whose work is available in museums and galleries can be researched in the same way as other fine artists:

Suggestions for such cases include online websites that highlight contemporary photography, such as

Finding photographers in other fields can be challenging.

Provides basic biographical information on 2,000+ photographers and innovators in the field, including roughly 500 from the 19th and early 20th centuries; in addition, each entry lists publications, portfolios, collections, dealers/representatives, and address.  Photographers were chosen on the basis of “dedication” (photography had to be “a major passion”) and “visibility” (work had to be available in photographic books, journals, museum collections, or through grants and awards, though being well known was not a criterion).  Includes inventors, photographic curators, museum directors, gallery owners, photo-historians, and photography critics in addition to photographers.

"Being a unique compilation and cross-indexed reference to the Practitioners of the Art of the Daguerreotype in the United States from 1839 to 1860.  Included as well are members of the Allied Professions, including casemaking, apparatus and accessory manufacturing and distribution, coloring, die-engraving, &c."

Edwards, Gary. International Guide to Nineteenth-Century Photographers and Their Works: Based on Catalogues of Auction Houses and Dealers. Boston, Mass: G.K. Hall, 1988.

This unique work "constitutes a census of the [19th-century]  photographic material that has passed through the hands of booksellers, galleries, and auction houses out into the world" during the period of roughly 1970 - 2000, with a few auction catalogs from the 1950s and 1960s.   Organized by photographer, the Guide lists photographic auction catalogs from about 50 major auction houses of America and Britain and a few from Europe (Paris, Munich, Geneva).  An invaluable resource for tracing the sales of work by several hundred 19th-century photographers from around the world.

The choice of entrants "is intended to reflect the best and most prominent of contemporary photographers," working in many different areas of photography.  The third edition adds more than 140 new entries, necessitating the omission of other photographers listed in the previous edition; previous editions are therefore not superceded.  The third edition excludes entrants who died before January 1, 1975 and entrants who have not added significantly to their body of work since 1987. Entries consist of a brief biography, individual exhibitions and a selection of group exhibitions, galleries and museums owning work by the entrant, and a bibliography of books and articles by and about the entrant.  Living entrants were invited to contribute a statement on their work or on contemporary photography in general.  Each entry includes a signed critical essay.

Biographical dictionary is organized by "western state, territory, or province in North American above the Mexican border" where "western" seems to be defined as west of the Mississippi River except that Missouri and Wisconsin are included. Most entries are brief, including little more than birth and/or death dates, where the photographer was active, and and what kind of work s/he produced, though where information was available entries are considerably longer. Includes an index of photographers and a bibliography.

Six essays focus on the theory and techniques of regional research, giving invaluable information on how to conduct research in the field (pre-Internet, which can be highly illuminating) and sharing personal research experiences.  Richard Rudisill'sDirectories of Photographers: An Annotated World Bibliography summarizes directories already in print or in progress at the time of publication.

Companion volumes provide extensively researched, lively, detailed biographical information on daguerreotypists, ambrotypists, and photographers; also on people whose trades or professions had links to photography such as gallery employees, photographic overpainters and printers, dealers and distributors of photographic prints, artists with links to photographic arts such as engravers and lithographers, and people involved with large-format pictorial entertainments such as cosmoramas, dioramas, stereopticons, and magic lanterns.  Especially useful are the extensive bibliographies, which include manuscript sources, census records, city/state directories and gazetteers, newspapers and periodicals, books, and articles and unpublished papers.  Each entry includes bibliographical references.

Includes, in addition to several essays on California women and photography during the 19th century, a directory of women in California photography before 1901 and a checklist of women in California photography by region.   See the introduction under "Sources" for valuable information about research resources and how to use them.  Criteria for inclusion are broad, including not only amateur and fine-art photographers but also gallery owners and employees, photo-supply clerks and managers, women working in the manufacture of photographic materials and the photoengraving trade, and authors and publishers connected with the photographic industry.

Dictionary listing of 19th-century photographers in France.  Most entries consist of little more than name, location, and basic dates.  Geographical index lists photographers active in a given region.

Companion volume to Black Photographers, 1840-1940 (below) that mines "a plethora of scattered, uneven and disparate sources" in order to create a concise, selected guide to the lives and works of photographers active between 1940 and 1988.

Features the work of 65 important African-American photographers, most of whom were born in the United States and all of whom were active during the first 100 years of photography. The photographs selected for the book include every aspect of rural and urban life in America and illustrate such subjects as transportation, social life, military, fraternal organizations, education, families, architecture, and landscapes, thus serving as a source for finding photographic images of black America.  Each entry includes photographer's name and studio name, dates, location, principle subjects, processes, collections, exhibitions, a select bibliograph, and illustrations.  See An Illustrated Bio-Bibliography of Black Photographers, 1940-1988 (above) for extended coverage.

Includes an essay on the art of collecting photographs by Lee Witkin, a collector's chronology of important developments and events in the history of photography, information on the care and restoration of photographs, a biographical dictionary of selected photographers, a listing of contemporary group exhibitions and catalogs, and an appendix for U.S. and international museums, galleries, auction houses, and exhibitions spaces that could be of historical interest.

Revised second edition. Essays focus on the theory and techniques of regional research, giving invaluable information on how to conduct research in the field (pre-Internet, which can be highly illuminating) and sharing personal research experiences.  Richard Rudisill's Directories of Photographers: An Annotated World Bibliography summarizes directories already in print or in progress at the time of publication. 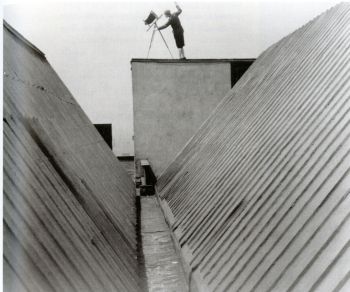 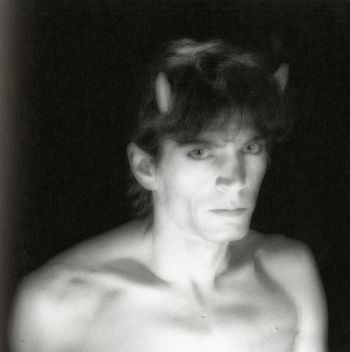 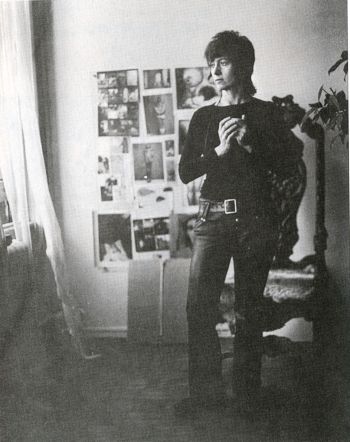 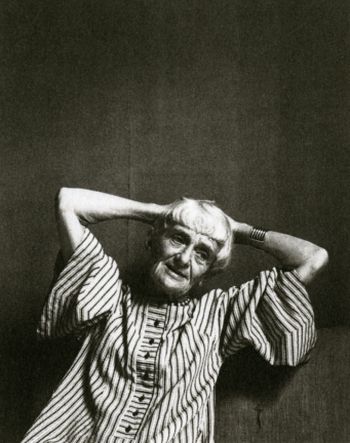 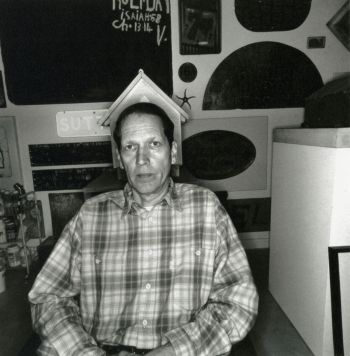 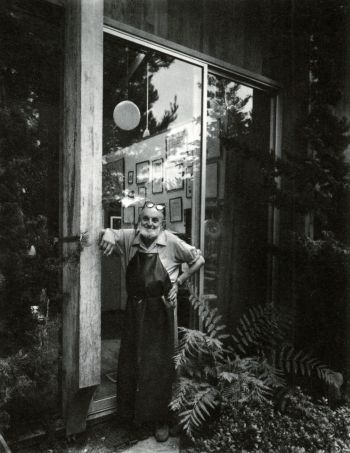